The Shrines of Spain Pilgrimage Tour visits some of the most important Shrines on the whole Iberian Peninsula. In the cosmopolitan city of Barcelona, we begin with a visit to the magnificent Basilica de la Sagrada Familia. Dominating the city skyline this yet unfinished masterpiece designed by famed architect, Antonio Gaudi has been under construction for over 135 years. We will have the opportunity to admire its beauty from the outside as well as the inside. We will also walk through the Gothic Quarter to visit the cathedral and explore the colorful markets of Las Ramblas. Located in the mountains just outside the city, we will visit the Shrine of Our Lady of Montserrat to venerate the miraculous statue of the Black Madonna. Over the centuries a steady stream of pilgrims has come here to pray, including St. Ignatius of Loyola. It was in a nearby cave in Manresa that he lived for many months in poverty, prayer, and penitence, and where he wrote his “Book of Spiritual Exercises.” In Zaragoza, we will visit the Shrine to Our Lady of Pilar, the first known Apparition of the Virgin Mary, while she was still living in Jerusalem. Known as Our Lady of Pilar, she was carried on a pillar by Angels to St. James the Apostle who was experiencing great difficulties evangelizing this area of Northern Spain. She assured him of her support in his endeavors and asked that a shrine be built on the site where she appeared and as an expression of her aid, she left the marble column, or pillar, topped by a small statue of herself holding her Infant Son, which can still be seen at the shrine today. The Shrines of Spain Pilgrimage Tour will visit the walled city of Toledo where we will visit the many churches and synagogues, and admire the works of “El Greco,” a master of Spanish painting in the 1600s. Santiago de Compostella is considered to be the most important Shrine of Spain and became a worldwide pilgrimage destination during the Middle Ages. Known as “El Camino” or “The Way of St. James,” pilgrims from all over Europe walked to this small town in Northwestern Spain following a route marked with the symbol of a yellow scallop shell on a blue background, to touch and pray before the tomb of St. James the Greater. During the Shrines of Spain Pilgrimage Tour, we will have the opportunity to walk a small part of this ancient route. We will attend the International Pilgrim Mass at the Cathedral of St. James and visit the crypt where the relics of St. James are preserved. Although it is in Portugal, the Shrines of Spain Pilgrimage Tour will also visit the Shrine of Our Lady of Fatima where the Virgin Mary appeared to three children in 1917. We will pray at the tombs of Lucia, Jacinta, and Francisco, and visit their childhood homes. We will celebrate Mass and pray the rosary at the Little Chapel of the Apparitions and join the many pilgrims for the candlelight procession each evening. Other highlights in Portugal include a visit to Santarem to venerate the Eucharistic Miracle and Mass at the Church of St. Anthony of Padua in Lisbon.  Why don’t you go ahead and book a Shrines of Spain Pilgrimage Tour for 2023 or 2024 today?

Board your overnight transatlantic flights from your home town. Meals are served on board.

Upon arrival, you will be greeted by our tour guide and driver. Transfer to our hotel where you will enjoy free time to rest and refresh before Mass.

Dinner and overnight in Barcelona.

After breakfast, you will enjoy a tour of Barcelona including panoramic views of the Harbor area, Montjuic, Plaza de España, and Plaza de Catalunya. Afterward, continue on a guided walk through the Gothic Quarter to visit the cathedral and to view Gaudi’s Sagrada Familia, a beautiful, unfinished Roman Catholic basilica of impressive proportions. Spend the afternoon at leisure exploring the colorful markets of Las Ramblas. Dinner and overnight in Barcelona.

After breakfast, you will make your way to Montserrat, home to the dramatically set Benedictine monastery. On a rugged mountainside, you will visit the Shrine of Our Lady of Montserrat. Since the 12th-century, pilgrims have been drawn to the mountain to venerate the miraculous statue of the Black Madonna. According to Catholic tradition, the statue of the Black Virgin of Montserrat was carved by St. Luke around 50 AD and brought to Spain. It was later hidden from the Moors in a cave, where it was rediscovered by shepherds in 880 AD. They saw a bright light and heard heavenly music that eventually led them to the grotto and the statue. The Bishop of Manresa, present at the discovery, suggested that it be moved to Manresa, but the small statue was discovered to be so heavy it could not be lifted. Thus the Virgin had indicated her will to stay on Montserrat to be venerated there. In the 11th century, the abbot-bishop Oliba founded a monastery on the mountain of Montserrat next to one of the chapels, where the Benedictine Abbey is still preserved. Return to Barcelona for dinner and overnight.

After breakfast, you will depart towards Zaragoza where we will visit the magnificent Basilica del Pilar, built in the place where our Lady appeared to Saint James. Tradition says that in the early day of the Church, Saint James The Greater was spreading the Gospel in Spain, but making very little progress. He was dejected and questioning his mission. About 44 AD, the Virgin Mary, who was still living in Jerusalem at the time, bi-located and appeared to him in a vision to boost his morale. In it, she was atop a column or pillar, which was being carried by angels. That pillar is believed to be the same one venerated inside the Basilica. Also, visit the Cathedral of Zaragoza and do a walking tour of the city. Later you will continue the journey to Madrid for dinner and overnight.

After breakfast enjoy a tour of Madrid including the Royal Palace and Plaza Mayor. Then depart for Toledo which sits on a rocky mound isolated on three sides by a looping gorge of the Río Tajo. Every available inch of this outcrop has churches, synagogues, mosques, and houses heaped upon one another in a haphazard spiral, which the cobbled lanes infiltrate as best they can. Toledo is known as the City of the Three Religions or Cultures because for many centuries the Christians, the Moors, and the Jews lived together in relative equality and peace. The city surrounded by walls hides great treasures: the awesome Cathedral, the church of Santo Tomé, the Tránsito Synagogue, Santa Maria La Blanca Synagogue, the superb church of San Juan de Los Reyes, Puerta de Bisagras, Puerta del Cambrón, Puerta del Sol, etc.

Return to Madrid for dinner and overnight.

After breakfast depart towards the city of Santiago de Compostela. Stop in Villafranca del Bierzo, where the group will visit the Collegiate Church of Santa María, the churches of Santiago and San Nicolas, as well as the Agua Street, full of palaces and emblazoned houses. Later we enter Galicia by Lugo, not far from Santiago. Stop in O Cebreiro, the first village in the region of Lugo along the Route, with an altitude of 1,300 meters. A group of “pallozas” can be seen and a beautiful Pre-Romanesque temple, from the 9-10 C, containing a Chalice, the Paten of “Santo Milagro” and a precious Romanesque carving of Santa Maria La Real.

Continue on to Santiago de Compostela for dinner and overnight.

After breakfast set out to join the walking pilgrims at the Monte del Gozo from which the spires of the Cathedral are first visible. The group will walk the last couple of miles of El Camino arriving at the Cathedral. Attend the International Pilgrim Mass at the Cathedral of St. James and visit the crypt where the relics of St. James are preserved. In the afternoon you will visit Obradoiro Square, Fonseca Palace, Gelmirez Palace, Franco Street, etc. Dinner and overnight in Santiago de Compostela.

Day 9Return to USA (or Optional Extension to Fatima!)

Today you will enjoy breakfast with your fellow pilgrims and bid adios to Spain! Transfer to the airport for your return flights home.

Today you will depart for Lisbon.  Upon arrival, you will visit St. Anthony’s Church.  Although this patron Saint of lost things is known as St. Anthony of Padua, (Italy) he was born in Lisbon, Portugal.  The church is built on the site of St. Anthony’s birth and where St. John Paul the ll visited in 1982 to pray to Our Lady in thanksgiving. He believed she saved him when he was shot one year prior.  Tonight, enjoy dinner and overnight!

Today you will travel North to the Old City of Santarem.  Mass will be at The Church of St. Stephen, which holds (13th Century) Eucharistic Miracle.

The miracle occurred when a woman yearned to change the ways of her unfaithful husband and consulted a sorceress.  The sorceress agreed that she would cure the husband’s infidelity in exchange for a consecrated Host. The woman committed sacrilege, but when she exited the church the Host began to bleed.  It bleeds so much that the parishioners thought she had cut her hand. The woman ran home and hid the bleeding Host in a trunk.  When her husband came home she told him what she had done and later that night there was a light emanating from the trunk.  They both began to kneel before the trunk.  The following morning the husband and wife brought the Host to the parish priest.  It was then moved to the Church of St. Stephen where another miracle occurred!  The miraculous Host was originally put in a wax container however when a priest opened the tabernacle to view the Host, the container was found broken and the Host was found enclosed in a crystal pyx.  After your visit to this miraculous site, you will depart via motorcoach on to Fatima.

Today will be a memorable experience as you pray upon one of Our Blessed Mother’s Apparition Sites.   Our Lady appeared to 3 shepherd children, Lucia (age 10), Jacinta (age 7), and Francisco (age 9).  Her most prominent message at this time was to pray for world peace!  Our day begins with Mass at the Little Chapel of The Apparitions.  This simple old modern chapel is the site where the Virgin Mary first appeared on May 13, 1917.  Following mass, your tour of Fatima begins at the stunning neoclassical church, The Basilica of Our Lady of Fatima.  This sacred space contains the tombs of Francisco and Jacinta as well as the monument that commemorates the Sacred Heart of Jesus.

Today you will enjoy an early breakfast with your fellow pilgrims and depart for Lisbon Airport for your return flights home.

Dates, Pricing, and Booking for Shrines of Spain Pilgrimage Tour

Travel Insurance for the Shrines of Spain Pilgrimage Tour

FAQ for the Shrines of Spain Pilgrimage Tour

Would you like to lead your parish or group on a pilgrimage?   Click Here to get started. 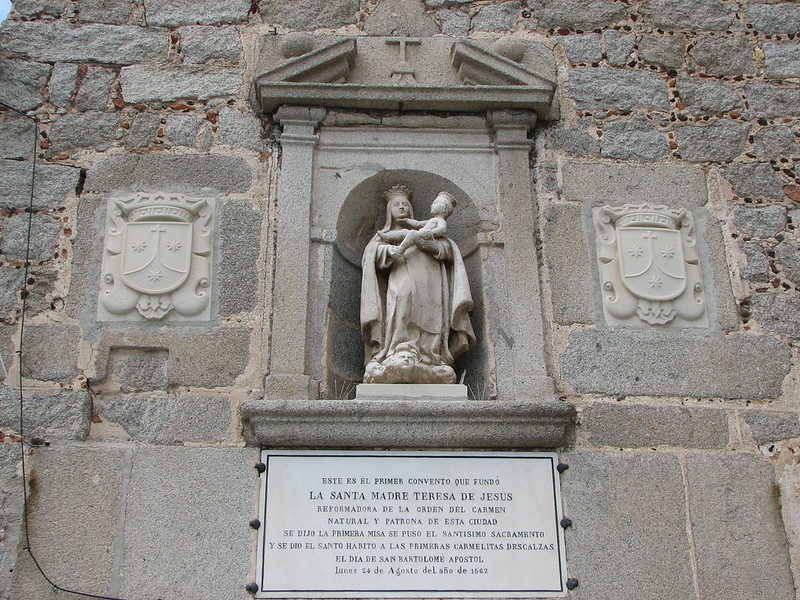 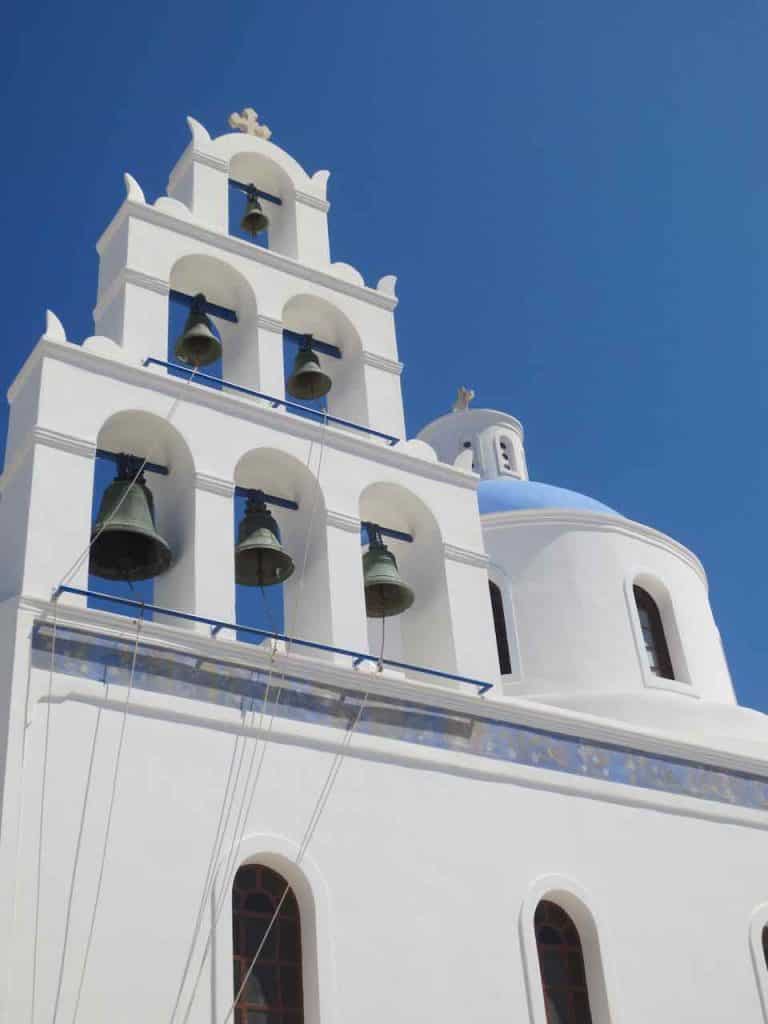