The Catholic Diocese of Biloxi,
invites you to join 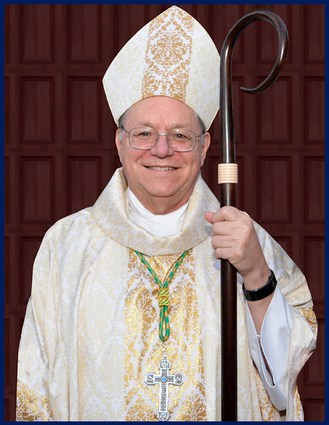 October 5 – Depart for Dubrovnik
Depart New Orleans on your connecting, overnight flights to Croatia. Meals will be served onboard the transatlantic flight.

October 6 – Arrive in Dubrovnik
Upon arrival in Dubrovnik, you will collect your luggage in the baggage claim area, and continue to the arrival hall, where you will be greeted by a tour guide and driver, who will take you to your beautiful hotel along the coast for check-in. Mass and Welcome Dinner before retiring for the evening.

October 7 – Dubrovnik – Medjugorje
Following breakfast, enjoy a walking tour of the Old City. Known as the Pearl of the Adriatic, Dubrovnik is a completely walled medieval city. You will begin at St. Blaise Church, which is dedicated to the Patron Saint of Dubrovnik. Here you will celebrate Mass before continuing on the tour which will pass the Gothic and Renaissance styled Rector’s Palace, the iconic Bell Tower Clock, and Orlando’s Column, the Sponza Palace, the Dominican and Franciscan Monasteries. After a little time to explore on your own, you will board your motorcoach and travel along the Adriatic Coast on the way to Medjugorje. Upon arrival in Medjugorje, you will check-in to your comfortable accommodations in the pensione of the visionary Mirjana Dragicevic-Soldo. You will have time to relax before walking to St. James Church for the Rosary and the Croatian Mass. Dinner at your pensione immediately following the Croatian Mass.

October 8-11 – Experiencing Medjugorje
The most beautiful features of Medjugorje are its simplicity and peace. While in Medjugorje, you may experience your faith grow, and share in the faith journey of pilgrims from all over the world. Here are some of the activities that will take place over the course of the week:

Attend Daily Mass: Bishop Kihneman will celebrate Mass every day, including at least one Mass at St. James, Medjugorje’s parish church, for all the English Speaking Pilgrims who are in the village. Each evening your guide will reconfirm the location of the Bishop’s Mass for the following day.

Climb Apparition Hill: This is where the visionaries first encountered Our Lady. At the base of this hill is a Blue Cross, where it is said Our Lady appeared to the children while they hid from the communist police in the early days of the alleged apparitions. While climbing, your group is invited to recite the Rosary, pausing five times for each decade of the Rosary. At the top of the hill, you will witness the exact location of the first alleged apparition of Our Lady to the visionaries, and enjoy private time for prayer.

Climb Mt. Krizevac (Cross Mountain): In 1933, the villagers built a 30′ high cross atop a mountain to commemorate Jesus’ passion and death on the cross. Your group will have the opportunity to climb this mountain and venerate that very cross. While climbing, your group is invited to pray the Stations of the Cross (to meditate on Jesus’ suffering Road to Calvary), pausing fifteen times for each Station.

Rosary: Each evening at 6 PM you will join fellow pilgrims from around the world in praying the Rosary in honor of Our Lady’s alleged apparitions. Following the Rosary, you may join the villagers for the Croatian Mass at 7:00 pm. Following the Mass, there is a Blessing of the Sick.

Adoration of the Blessed Sacrament: Our Lady has always called us to be close to her Son. You will have the opportunity to adore the Blessed Sacrament at the altar outside of St. James Church on Saturday evening. Veneration of the Cross will take place on Friday inside the church. Additionally, there is an Adoration Chapel on the grounds of St. James Church, where Adoration is held in the afternoon hours.

Visit the Community of Cenacolo: You will have the opportunity to visit the community of Cenacolo, founded by Sr. Elvira and the Sisters of Charity, for young men and women who have taken a wrong path and are on the road to recovery. You will be able to listen to their inspirational words about their journeys back to Jesus Christ.

Mother’s Village: Founded in 1993 by Fr Slavko Barbaric, Mother’s Village evolved out of the need for protection and care for the children who were wounded and often orphaned during the war in Bosnia and Herzegovina. Built and maintained by pilgrims and donors from all over the world, it has become a school for a healthy and simple way of life, a life with renewed harmony between God, man, and nature.

Following breakfast, you will depart for Split. Along the way, you will stop at one of Croatia’s oldest spiritual centers, the Shrine of Our Lady of Sinj, home to the eighteenth-century miraculous icon of the Virgin Mary. In 1715, the people of Cetina and the Francis-can monks prayed before a picture of the Mother of Grace during a Turkish attack. However, through much prayer to Our Lady, the Turkish army inexplicably fled after three hours, and since then, it has been a miraculous sight for many Pilgrims. Here you will have Mass before continuing on to the historic inner city of Split, which was built around the Roman Emperor Diocletian’s Palace, a UNESCO World Cultural Heritage Site. Here you will see remnants of Split’s Roman heritage such as Jupiter’s Temple, the Peristyle of Diocletian’s Palace, and the Cathedral of St. Domnius. This evening, you will enjoy a farewell dinner and a restful night at your hotel before your journey back to the USA.

After an early breakfast, you will transfer to the Split airport for return flights to New Orleans.

Tour # MJ21 1005-DB
All-Inclusive Price:
$3,295 per person from New Orleans – you can depart from another city for an adjusted price.
(based on Double Occupancy).

Booking explanation:  click on Book Now. The price of $2,997 will show which is the JFK airport price.  Add the number of pilgrims.  When you go to the next screen, please add the city of departure if you do not plan to depart from JFK.  In this instance, it probably will be New Orleans.  Select your departure city.  If it is New Orleans, your total price will be $3,295 as quoted above.

Single Rooms available for an additional $485.)